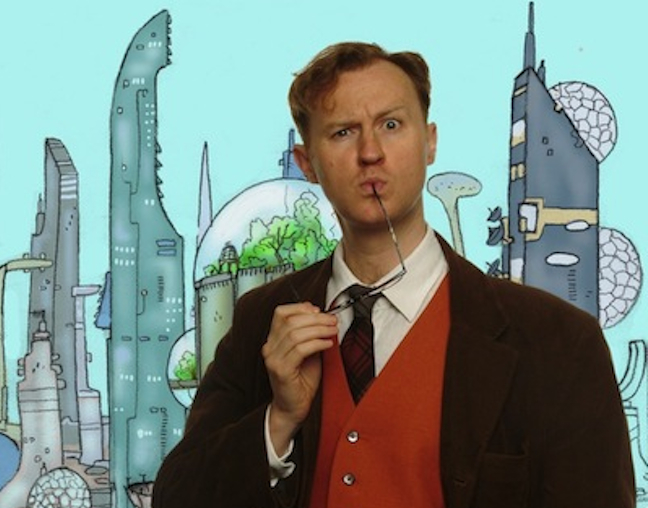 Sci-Fi sitcom starring Mark Gatiss of the multi award winning League of Gentlemen as the brilliant but erratic Professor Nebulous. The year is 2099. In this post apocalyptic world, Professor Nebulous is the director of KENT – the Key Environmental Nonjudgmental Taskforce – a government team of eco-trouble shooters who are so underfunded they have to take in laundry.

In a series of adventures which were described by one reviewer as “like Dr. Who gone way off the rails”, Nebulous finds himself battling alien invaders, killer cacti, gentically engineered ghosts and a race of perfect women known as the Deptford Wives…

“Imaginative, well written and well acted… It swarms with ideas… Terrific.”  - The Times

“Duff has created an imaginative fantasy, pinned down by a British provincialism.”- The Guardian

“Full of smart asides… Plenty of laughs… Even Einstein might have found it funny.” – Sunday Express