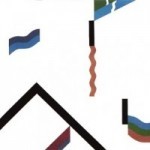 1979 was unquestionably the high watermark of post punk.  And it cost me a fortune in pocket money.  I was 15, living just outside Blackburn and head over heels in love with music.  My best friend Peter Cowie and I had finally caught on to punk in early 1978.  For a few months, The Sex Pistols and The Clash were all that mattered.  But, a combination of discovering John Peel’s late night Radio One show and buying Magazine’s debut album soon sent me exploring down less obvious avenues.

By 1979, I was a complete junkie for new sounds, saving up pocket money and washing neighbour’s cars at 40p a time in order to fund my habit.  Even so, it was hard to keep up, as each month brought forth another slew of essential purchases; debut albums from Joy Division, The Slits, Gang of Four, Cabaret Voltaire, The Mekons, The Pop Group and The Raincoats.  Then there was Magazine’s ‘Second Hand Daylight’ and PIL’s ‘Metal Box’, whilst The Fall and Throbbing Gristle really put the boot in by releasing two albums each in the space of just a few months.

I left school in the spring of 1980, and before starting a fine art foundation course, I spent two months working in Debenham’s loading bay in Blackburn.  In a daylight free environment, I shifted fridges, stacked heavy boxes and chucked an endless stream of refuse into a crusher.  On the plus side, I was suddenly earning over eighty pounds a week.

I could afford to plug the gaps and probe back beyond punk’s arbitrary year zero.  I got acquainted with Beefheart, Can, Eno and the Velvets and made inroads into the world of dub and reggae.  Each Saturday, I would return home from Manchester, weighed down with arm lengthening bags of vinyl.  My appetite for music that side-stepped the mainstream was insatiable.  And yet somehow, strangely, Wire had passed me by.

Then, the weekend before I was due to start my course, Peter and I went to Preston.  We were skulking around a branch of Tandy’s electrical store, in the mistaken belief that we could simply buy a few components and by mid evening we’d have built, and be composing songs on, our own synthesizer.  As the shop assistant patiently explained that we were idiots, I happened to notice a modest rack of albums.

It was the cover of ‘154’ which first snared my attention.  Like Joy Division’s ‘Unknown Pleasures’, it featured neither the band’s name nor the album’s title.  I stared at a twelve inch square of pure white, into which a few hard edged coloured shapes had encroached.  It was like looking at a small area of a much larger abstract image.  The more I gazed at it, the cooler it seemed.  It gave absolutely nothing away.  I turned the cover over.  The same shapes in a different arrangement.  Finally, I thought to check the spine: Wire 154.  Even the title had no obvious meaning or connotations.

When I first played ‘154’, I realised the artwork had in fact, been a fair representation of the sonic contents; mysterious yet immediate, muscular without being macho, sleek yet spiky, motorik but concise.  The music had an experimental edge and was frequently unconstrained by the verse/chorus format, with nothing so obvious as a solo.  Importantly however, these were still clearly recognisable as songs - with hooks, melodies and a keenly crafted dynamism.  A generous but subtle use of synths and keyboards melded perfectly with the most varied guitar textures of the era, whilst Robert Gotobed’s drumming was cool, direct and uncluttered.

I couldn’t believe something so astonishing had been out for a year and I hadn’t heard it.  And those lyrics!  In Graham Lewis, Colin Newman and Bruce Gilbert, Wire could boast three articulate and adventurous lyricists.  Here were songs which seemed to be about several subjects at once.  The album was crammed with turns of phrase which were simultaneously vivid yet ambiguous.  Words which demanded to be examined and deciphered.

When Lewis sang “I haven’t found a measure yet, to calibrate my displeasure”,did he mean he was royally pissed off?  And what about Newman’s “When yellow has turned green to brown, divide by four”?  I can still remember the thrill I felt when I finally realised this must be a description of the changing seasons.  Whereas the album’s closing lines – Gilbert’s “In between are where only edges can be seen of the spaces in between” - chimed with my understanding of the cover artwork and also seemed to imply that, despite my determination, Wire’s songs couldn’t simply be decoded into single interpretations.

It was of course perfect that I discovered ‘154’ just as I arrived at art school.  Wire were probably the most overtly art school derived band to emerge since Roxy Music.  Their approach to songs as sculpted rhythm and noise and Gilbert’s description of the band as “Artists who have chosen sound as a form of expression” both struck a deep chord with me.  But this wasn’t the sound of earnest chin stroking.  Again, like early Roxy, Wire seemed to exhibit a willfully perverse sense of humour.  Take for example the way ‘154’s potential hit single was bestowed with the deliberately anti-catchy title of ‘Map Ref. 41˚N 93˚W’.  Or the way Newman sings the word ‘chorus’ just before the band glide into the track’s gloriously uplifting chorus.  Was the song deconstructing itself?  Or were Wire larking about?  I quickly decided both were true.  One part Marcel Duchamp to one part Spike Milligan.  Wire made me think hard and laugh hard.  And – despite their artistic leanings – they rocked hard.

I swiftly worked backwards, absorbing their previous two albums – the luminous ‘Chairs Missing’ and the thrillingly fragmentary ‘Pink Flag’.  Then I moved forwards, patiently awaiting each new release.  Wire consolidated my enthusiasm about the possibilities of language and music.  And, although I didn’t catch it until a year after the event, I realise now that ’154’ was the high watermark of 1979.